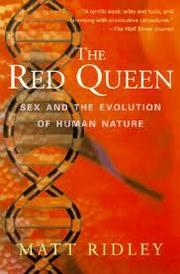 Having read Geoffrey Miller's TheMatingMind and thinking The Red Queen was either a foundation of its main hypothesis or an alternative view.

Other read books linking to the TheRedQueen page :