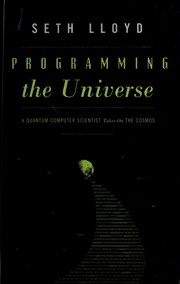 Improving my understand of physics through the door of information. Repetitively kept on trying to maintain a physicalist coherence yet constantly manipulating abstractions thus wondering what there grounding or physical constituent are.

Part One: The Big Picture

Implication : creating a link between thermodynamics and information theory. An experimental process is thus extracting predicted "noise". Opening : could this also include cognition? Is "thinking" our own ability to exploit "brain noise"? Was it the same process regarding whistling, exploiting "breathing noise"? Are every computational process following this pattern?

Other read books linking to the ProgrammingTheUniverse page :