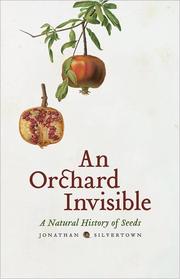 Read and appreciated DemonsInEden by the same author, also decided before about the name "Seedea

" from the merging of "idea" and "seed" for its ontogenesis and compact nature, consequently hopping to learn more from the book to see if the name does fit the concept.

Life is a cyclic mechanism that is spread from a living organism to another, seeds are very slowing loops in order to maintain themselves longer with wasting minimal resources until their environment allow them to grow (cf discussion with Nathan in Berkeley).