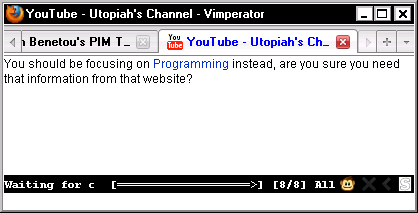 In order to make CognitiveEnvironments more efficient, use the concept of Wikipedia:Blinders

with Path:/pub/currenttask. It uses my Irssi#ActivitiesAliases to display my status, hide incoming messages and change my screen display to a page of recommended behavior.

Note that others can thus use this to synchronize their own activities with mine and for example avoid sending inappropriate requests. This is currently reachable through a simple GET request but could, upon demand, become a WebHook. It is also available at Contact#Status.

See also EightSixtwo which delays the page for 30 seconds. 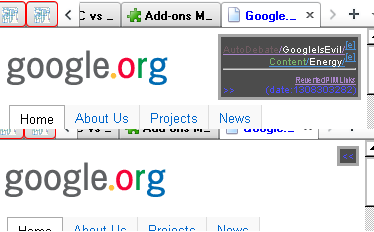 My notes on Tools gather what I know or want to know. Consequently they are not and will never be complete references. For this, official manuals and online communities provide much better answers.