The Mechanical Mind in History {ReadingNotes} 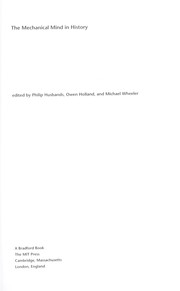 Mechanistic view of the world including cognitive, cf MyBeliefs, and wanting to clarify it, especially against dualist arguments. Other read books linking to the The Mechanical Mind in History page :