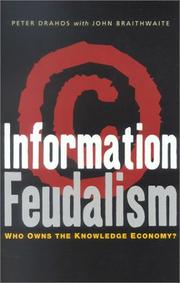 Other read books linking to the InformationFeudalism page :