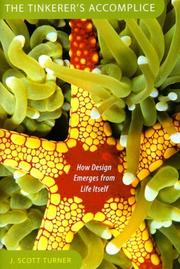 Strengthening an hypothesis of creativity as an automated process that can thus be fully automatized or at least greatly supported through tools. Yet, without implying that the process itself arrived randomly but rather has an history and that consequently learning from biology is the most efficient if not the only way.

Other read books linking to the The Tinkerer's Accomplice page :